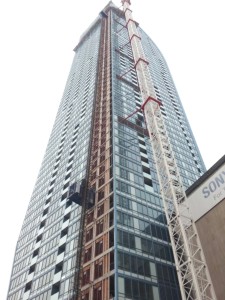 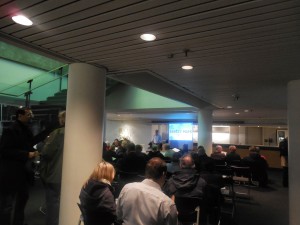 EN Consulting Group Inc. (ENCG) is boutique consultancy based in Toronto.  Since 2005, ENCG has provided public consultation, stakeholder engagement, government and public relations services. We have worked with a variety of clients in the arts, the public, non-profit, urban development sectors, including: Castlepoint Greybrook Sterling Inc., City of Toronto, Cityzen Development Group, the Ferncastle Partnership (Castlepoint, Cityzen, Fernbrook Homes), GO Transit, Meridian Hall (formerly the Sony Centre for the Performing Arts), Northland Power, and the Old Town Toronto Promotional Alliance. For ten years we were a private sector member of the Centre for Social Innovation in downtown Toronto.

With a group of talented and diverse associates ENCG is able to design and deliver public consultation and stakeholder liaison programs that are cost-effective, engaging, and deliver to client objectives. We facilitated public engagement and municipal government relations for the approval of the redevelopment of the Meridian Hall (formerly the Sony Centre for the Performing Arts) from 2005 through 2008. From 2006 though 2016 we provided consultation and stakeholder liaison services for the L Tower and Backstage condominium projects. Through 2006 to 2010 we provided stakeholder liaison services for GO Transit’s (now Metrolinx) Union Station Rail Corridor Infrastructure Improvement Program, working with Delcan and IBI. In 2013 and 2014 we designed and led the public consultation process for the redesign of Toronto’s Berczy Park, working with the design team Claude Cormier + associés. In 2014 and 2015 we participated the Toronto iteration of the 100in1Day Festival, winning the Toronto Community Foundations Innovation Award for our “The People’s Queen Street” initiative in 2015. Since 2006 we have also developed a speciality in construction liaison for private and public sector clients working on a variety of projects across Toronto.